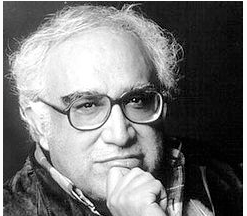 Nettie Lee Benson should have met the Mexican writer Carlos Monsiváis. Maybe she did; I don’t know. But a visit to the Museo del Estanquillo in Mexico City makes it clear that they shared a sense of esthetics and documentation that shaped important aspects of their lives.

Monsiváis’ voracious collecting appetite included all types of Mexican materials. The current exhibit at the Estanquillo, like so many in Mexico these days, recalls events of 1910, but in this case the great celebration sponsored by the Diaz regime, rather than the Revolution that would soon chase Don Porfirio from power. And visiting it inspires a sense of déjà vu in anyone familiar with Nettie Lee’s legacy and the objects now on display in the Benson Collection’s Reading Room. Vitrine after vitrine at the museum hold programs from the celebration, including events as varied as the return of martyred revolutionary hero Jose de Morelos’ uniform by the Spanish ambassador—who knew they had it a century on?—and the better known convening of the International Congress of Americanists in Mexico City and Teotihuacan. Monsiváis collected large and small— life-sized bronze busts, folio albums commemorating the Diaz regime’s accomplishments, invitations issued to the dozens of official events, menus from banquets, commemorative cigar wrappers, telegrammed regrets (the Bulgarians couldn’t make it).

If Carlos and Nettie Lee were acquainted, he must have been pleased to learn that her library was to be honored with the Medalla de 1808, presented the week of his death in Mexico City. And even if they never met, Nettie Lee would surely have known of their kindred passions.
Posted by David Block at 10:04 AM