Heard it at the 2009 Gudalajara Book Fair 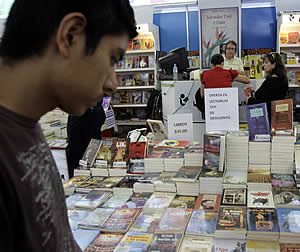 I had just left the Larousse stand, immersed in nostalgia at seeing the red dictionary I remember from high school. I had memorized many of the Latin phrases in the “pink section” and wrote them on the back of my general biology exam. I got an “F” and the teacher called me in to say that if I could learn those words I could pass my next exam. 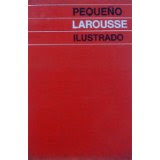 ¿Para qué sirven los libros? The questioning voice was loud enough I could hear it clearly over the echoes of those from the hundreds who had opted to spend a Sunday afternoon book browsing. When I turned around to see who could utter such an aberration at a book festival, I caught a glimpse of the young boy. He was probably not much older than 12 or 13 and for a moment I felt transported hundreds of miles away when I filed a similar complaint: ¿para qué sirve la doctrina?

My many quejas were in vain. I had to stay after Mass for Sunday school. But the Spanish cognate gives a much better sense of what it all was, indoctrination. My brother, five years older than I, responded to my protest: para ir al cielo.

Perhaps I stared at the boy with such intensity that his mother held out her arm to protect him from my penetrating gaze while he questioned out loud again, ¿para qué sirven los libros? I wanted to reassure him: para ir al paraíso ….son el paraíso. I wanted to tell him that books had saved my life those endless summers when the never ending smell of onions permeated my soul and my sole refuge were the words of Steinbeck and Hemingway (which I encountered first in Spanish at the local public library). Later those of Lorca and Machado gave solace to the scorching days after toiling in the onion and cotton fields. Their lulling metaphors gave me the fortitude and comfort lacking in that Church indoctrination.